Oops, you can tell from the previous paragraph that I REALLY procrastinated on writing this post. 😂😭 It’s already almost October, so there’s basically only three months until 2019 :’)

Ok, I’ll stop freaking out about how fast time flies, and get to the point of this post now. 😂 Without further ado, here are my most anticipated fall releases and why I’m extremely excited for them!!

Since I procrastinated so much on this post, some of these books are already out. 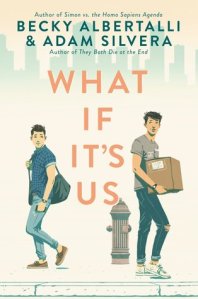 (In order of release date)

I mentioned most of these books in a previous post, but I decided to elaborate on my excitement for them in another post! 😍 (Can we all just take a moment to admire these beautiful covers?) that actually reminds me of this tweet, LOL 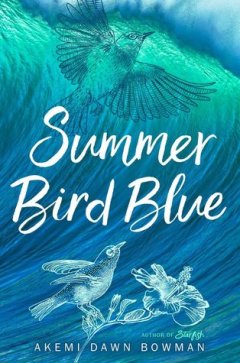 Rumi Seto spends a lot of time worrying she doesn’t have the answers to everything. But there is one thing she is absolutely sure of—she wants to spend the rest of her life writing music with her younger sister, Lea.

Then Lea dies in a car accident, and her mother sends her away to live with her aunt in Hawaii while she deals with her own grief. Now thousands of miles from home, Rumi struggles to navigate the loss of her sister, being abandoned by her mother, and the absence of music in her life. With the help of a teenage surfer named Kai, who smiles too much and doesn’t take anything seriously, and an eighty-year-old named George Watanabe, who succumbed to his own grief years ago— Rumi attempts to find her way back to her music, to write the song she and Lea never had the chance to finish.

Ohh, I’m SO excited to read Summer Bird Blue!! I absolutely loved Akemi Dawn Bowman’s debut novel, Starfish (click to see my review and thoughts about it!!). Starfish meant so much to me in terms of the Asian and anxiety representation, and it’s a book that will always be close to my heart.

Overall, this book is about grief, music, sisters, and self-discovery, and I’m here for it. 🌊 (And isn’t the cover absolutely gorgeous? 😍)

Emika Chen barely made it out of the Warcross Championships alive. Now that she knows the truth behind Hideo’s new NeuroLink algorithm, she can no longer trust the one person she’s always looked up to, who she once thought was on her side.

Determined to put a stop to Hideo’s grim plans, Emika and the Phoenix Riders band together, only to find a new threat lurking on the neon-lit streets of Tokyo. Someone’s put a bounty on Emika’s head, and her sole chance for survival lies with Zero and the Blackcoats, his ruthless crew. But Emika soon learns that Zero isn’t all that he seems–and his protection comes at a price.

Caught in a web of betrayal, with the future of free will at risk, just how far will Emika go to take down the man she loves?

I really enjoyed Warcross (the first book); I found it to be a very action-packed, captivating, and brilliant read! I love Emika Chen; she’s a queen. 👸🏻 There were two plot twists that I didn’t see coming at all, oh my gosh. (For those of you who have read this book, I’m sure you know what I’m talking about.) I was completely SH00K, as the kids say these days. :’) Marie Lu is such a terrific writer!

The ending left me wanting so much more; I was on the edge of my seat. I HONESTLY NEEDED TO KNOW WHAT WAS GOING TO HAPPEN NEXT. And now, I get to find out what happens next, with this beautiful sequel Wildcard. 😍  Except I don’t have a copy of it just yet, and I don’t know when I’ll be able get one. ☹️

But you bet that as soon as I get Wildcard, I’m going to drop whatever I’m doing at the moment and read this amazing book!! I. CANNOT. WAIT. I should probably lower my expectations tbh, because I’m probably going to end up disappointed, I just know it. :’) But too late! 😂

3. The Lady’s Guide to Petticoats and Piracy by Mackenzi Lee
Release date: October 2, 2018 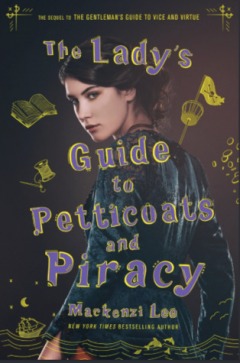 Felicity Montague is through with pretending she prefers society parties to books about bone setting—or that she’s not smarter than most people she knows, or that she cares about anything more than her dream of becoming a doctor.

A year after an accidentally whirlwind tour of Europe, which she spent evading highwaymen and pirates with her brother Monty, Felicity has returned to England with two goals in mind—avoid the marriage proposal of Callum Doyle, a lovestruck suitor from Edinburgh; and enroll in medical school. However, her intellect and passion will never be enough in the eyes of the administrators, who see men as the sole guardians of science.

But then a small window of hope opens. Doctor Alexander Platt, an eccentric physician that Felicity idolizes, is looking for research assistants, and Felicity is sure that someone as forward thinking as her hero would be willing to take her on. However, Platt is in Germany, preparing to wed Felicity’s estranged childhood friend Johanna. Not only is Felicity reluctant to opening old wounds, she also has no money to make the trip.

Luckily, a mysterious young woman is willing to pay Felicity’s way, so long as she’s allowed to travel with Felicity disguised as her maid. In spite of her suspicions, Felicity agrees, but once the girl’s true motives are revealed, Felicity becomes part of a perilous quest that will lead her from the German countryside to the promenades of Zurich to secrets lurking beneath the Atlantic.

I absolutely adored The Gentleman’s Guide to Vice and Virtue (the prequel); Monty and Percy honestly have my entire life. Their relationship is the cutest, and I love them so much. I love the friends-to-lovers trope, and Mackenzi Lee executed it so well in TGGTVAV. Monty’s pining for Percy was both painful and entertaining to read.

I’m so excited to read about my strong and independent queen, Felicity Montague, in The Lady’s Guide to Petticoats and Piracy!! I loved her in TGGTVAV; she was so sassy, brave, and badass, in a world where men looked down on women and didn’t believe that women could be doctors (or any other job). I can’t wait for her to follow her dreams and aspirations in The Lady’s Guide!! She honestly deserves the world. (I’m also SUPER excited to see Monty and Percy again ahhh 💕) 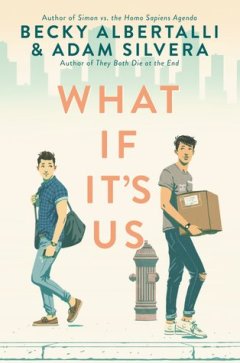 Arthur is only in New York for the summer, but if Broadway has taught him anything, it’s that the universe can deliver a showstopping romance when you least expect it.

Ben thinks the universe needs to mind its business. If the universe had his back, he wouldn’t be on his way to the post office carrying a box of his ex-boyfriend’s things.

But when Arthur and Ben meet-cute at the post office, what exactly does the universe have in store for them?

What if Arthur tries too hard to make it work . . . and Ben doesn’t try hard enough? What if life really isn’t like a Broadway play? But what if it is?

Becky Albertalli is the author of one of my favorite books, Simon vs. the Homo Sapiens Agenda, and like many of you, I was elated when I found out that she was writing this book with Adam Silvera. (I actually haven’t read any books by Adam Silvera yet, oops, but let me know which one of his books I should read first! I’m leaning towards They Both Die at the End, even though it’ll probably break my heart. :’) )

I read an excerpt of What If It’s Us on Mashable, and I enjoyed it so much!! I loved reading both Arthur and Ben’s perspectives. I’ve heard so many great things about this book, but also some mixed reviews, especially about the ending. (I’m SO curious about it!!) Ahh I really hope this book won’t let me down!! I’m counting on you, Becky and Adam. 👀 I also preordered this book, and I can’t wait to read it in less than TWO WEEKS!!

Wow, this post ended up MUCH longer than I anticipated, haha. I’m never going to say “this post is going to be shorter than usual” again, because I literally can’t control myself when it comes to screaming about books (especially books that I hope I’ll love 😍). Thank you so much if you read this entire post; you’re honestly amazing.

And I’m going to be gushy and cheesy for a moment (honestly, when am I not??). I just wanted to say, THANK YOU for all the support and love you guys have given me on this blog. I feel like I don’t say it enough, but I appreciate all of you SO much. Thank you for everything!! The book blogging community is truly the best. ❤️

Are you excited for any of these books as well? Which ones have you already read? SCREAM ABOUT THESE BOOKS WITH ME. 💞

What are YOUR most anticipated releases? (Including 2019 ones!) I’d love to know.

Which Adam Silvera book should I read first?

38 thoughts on “Most Anticipated Fall 2018 Releases // I scream about books, as usual” 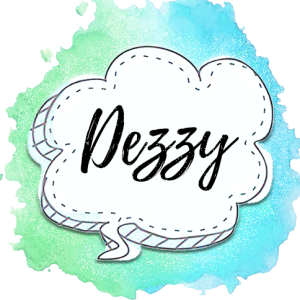 Thank you for visiting my blog, The Thoughtful Voice! 💫

I’m Dezzy, an Asian American teen book blogger, INFP, and Hufflepuff. I love books that are LGBTQ+, diverse, and inclusive of all people, and I especially adore YA contemporaries. To learn more about me, click here! 🌟 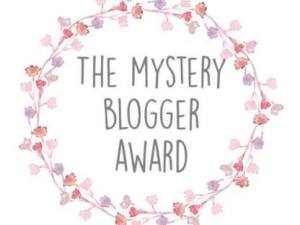